The Aboriginal people (Yarnangu) who reside in the communities are part of a single social system that is referred to as the Western Desert Cultural Bloc. The Ngaanyatjarra people maintain a rich cultural heritage that is based on a close connection with the Land. They have a unique culture in society, economy, religion and outlook.

The Ngaanyatjarra Lands are situated in the east of Western Australia comprising some 250,000 sq. km. (about the size of Victoria) stretching from the tri-state border with South Australia and the Northern Territory.  Approximately 2,000 Aboriginal people live in eleven communities that comprise the ‘Ngaanyatjarra Lands’.

The population of the Ngaanyatjarra Lands includes the first wave of people who came out of the Western Desert in the 1930s and the last wave in the 1960s.  The Ngaanyatjarra people have never left their country, nor has their land been annexed or occupied by outsiders.

The predominant language spoken is Ngaanyatjarra  though in some places people speak Western Desert dialects of Pitjantjatjara and Pintupi.

The Aboriginal people in the Lands still hunt and gather bush tucker in traditional ways. Traditional men's and women's business remains very strong. The Elders teach the young people about the traditional ways of hunting , gathering and cooking bush tucker, but they also work within the community painting, (tjanpi) weaving and making artefacts (purnu). They are very concerned that their young people do not lose their traditional language and culture. 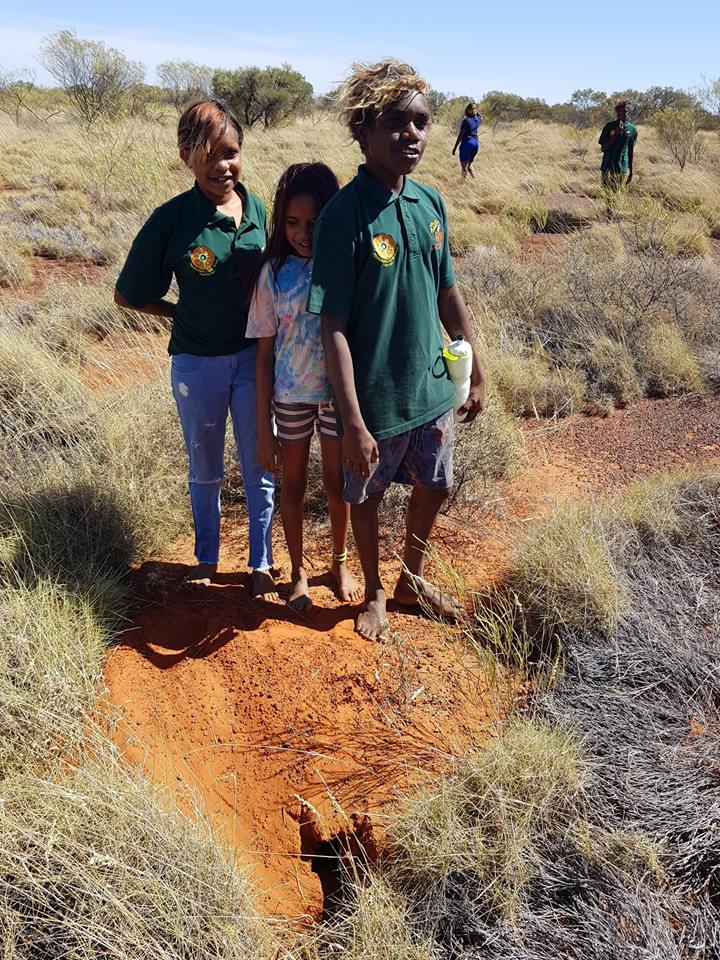