Tjukurla was originally established as an outstation for Docker River , which was established in 1968 as a government settlement and ration depot. Once a bore had been drilled at Tjukurla in the early 80’s the population grew from people moving on from Docker River, Kintore and Warakurna. Community infrastructure gradually developed and by 1986 the community was permanently occupied. In the following year it became incorporated.

Basket making is one of the craft specialties of the women in this community and they have a highly regarded art movement.

Tjukurla is located in the sandhill country on the edge of Lake Hopkins, halfway between Warakurna in WA and Kintore in the NT.

Services in our community

Our campus has two classrooms, and office/staffroom and a resource room.

Our enrolment is 16 students from Kindergarten to Year 7.

We have a principal who teaches students in the primary classes to Year 7 and a teacher for children in the early years from Kindergarten to Year 2.

We follow the curriculum adopted for the whole school with an emphasis on Literacy and Numeracy. Cooking and sewing also feature prominently in our curriculum. 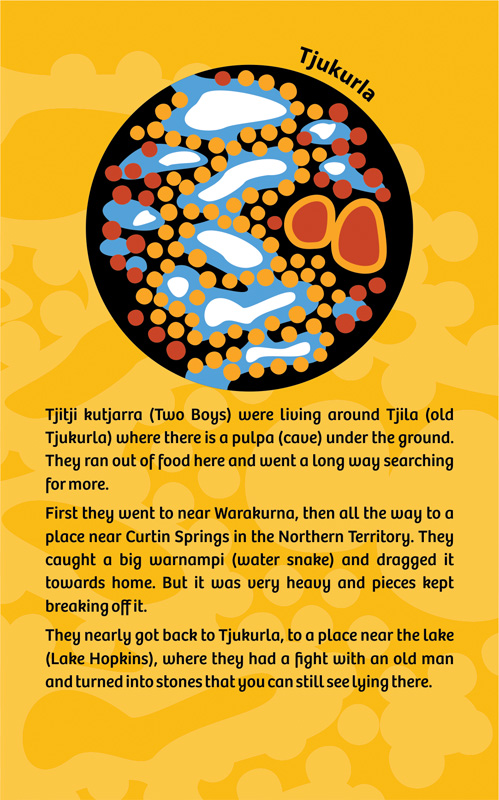